It’s well known that finding a parking spot in San Francisco is next to impossible. However, this fact of life became a real problem for one researcher who needed to sort some cells before his samples went bad.

“He described it like a doctor trying to stabilize a patient—he had to get them into the core lab,” recounts Steve Kulisch, Bio-Rad’s Cell Biology Business Unit Manager, who spoke with the researcher and heard this story. “At the University of California-San Francisco (UCSF), they’ve got the main campus and the Mission Bay campus. For a long time, the cytometry core lab, which included the cell sorting capability, was at the main campus. Researchers at Mission Bay, which didn’t have cell sorting, had to drive their samples across town. Our customer had to do this and couldn’t find parking when he arrived. He was so concerned that his samples were going to die, he let his car get towed just to get the samples inside.”

Besides the packed parking in the City by the Bay, this anecdote points to another type of crowding: the growing crowd found in cytometry core labs as more and more researchers add cell sorting to their experimental workflows. While immunologists have traditionally been the main users of this technique, core labs are increasingly seeing investigators from molecular biology, biochemistry, and related fields who want to perform cell sorting applications. These new users are filling up the schedules, in many cases making it as tough to get a spot on the cell sorter as it is to find a parking space in a busy metropolitan downtown.

With the UCSF researcher’s woeful tale fresh in his mind, Steve Kulisch believes he can save other researchers from having to choose between precious samples and a trip to the impound lot. Kulisch offers Bio-Rad’s new S3™ cell sorter as a cost-effective solution to relieve the bottlenecks in cytometry core labs and give a broader range of users access to cell sorting applications. Bioradiations recently spoke with Kulisch about this growing universe of cell sorting—both its challenges and its great potential—and how Bio-Rad’s new cell sorting instrument can help the burgeoning group of researchers utilizing this technique. 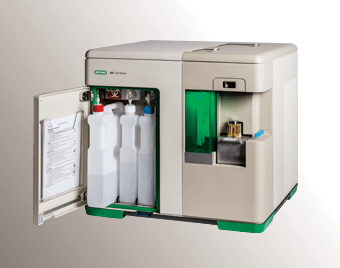 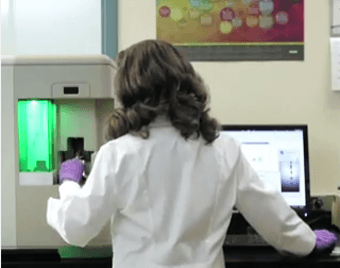 Bio-Rad’s S3 cell sorter provides the first benchtop cell sorter with self-contained fluidics (left) and temperature control system, as well as an interface (right) that gives researchers access to this technique without requiring a trained technician.

A technique growing in popularity

To get a preferred group from a diverse population, researchers first label the cells using biomarkers of interest. Then the cell population is passed in single file through a fluidic column, illuminated with laser light, and partitioned into tiny droplets, one surrounding each cell. Based on the signal, droplets are charged before passing by deflection plates that separate the differently charged droplets from droplets with no charge. That process is repeated tens of thousands of times per second, allowing for the rapid, efficient sorting of millions of cells.

Being able to single out specific cell types lets researchers hone their focus when working with complex samples. “Take a tumor as an extreme example,” says Kulisch. “You can have an incredible amount of variability in the sample. If you can isolate different cell populations within that, you’re really getting a much clearer picture of what’s happening. That can have a big impact on your result.” 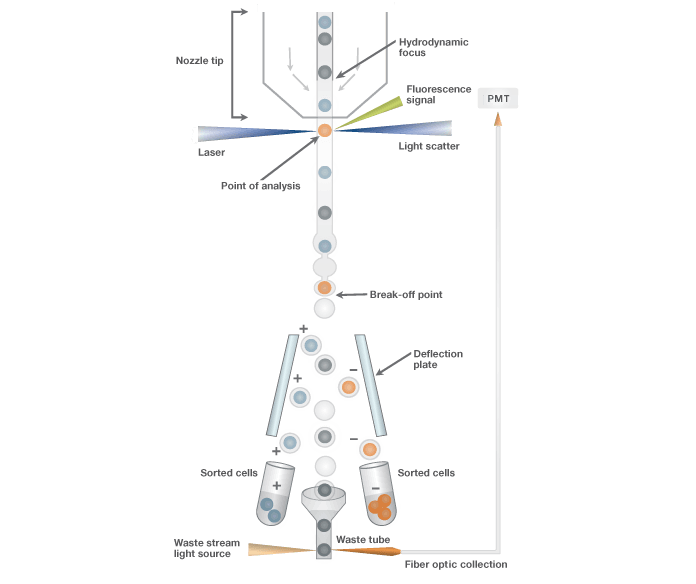 Schematic of sort stream. Schematic depicting the mechanism by which events are sorted. Events are hydrodynamically focused by the sheath fluid before exiting the nozzle tip. With jet-in-air technology, events are interrogated in the stream where the sort decision is made. The stream is then charged at the break-off point prior to electrostatic deflection. Droplets can be deflected in two directions based on predefined sort logic conditions.

A cell sorter for a new group of users

While some users need highly complex sorts for extremely specific sub groups, more than half of today’s users have far simpler sorting needs. The molecular biologists and biochemists that make up the newer generation of users fall more into this latter camp, often requiring sorts for only one or two fluorescent proteins, or one or two labeled antibodies at a time.

Bio-Rad’s S3 cell sorter meets this group’s sorting needs. It offers them a highly automated system that can detect up to four colors yet has a small benchtop footprint. Because of its simplicity relative to the world of cell sorting, this instrument is cost-effective for individual labs, doesn’t require a trained technician to operate, and can be set up in a short time.

“We had a group in Turkey that needed to do cell sorting for their experimental process and got an S3 cell sorter. We got them up and sorting in a week,” says Kulisch. “They went from not ever having done cell sorting to being able to freely sort in a week. To get a technician in a core facility trained for one of the more complex cell sorting instruments can take months.”

Much of the simplicity of operating the S3 cell sorter stems from its novel drop delay mechanism. This ProDrop™ technology works by obtaining a precise measure of calibration beads as they appear in the waste stream. Once the beads no longer appear there, the correct drop delay has been reached. This is an entirely hands-off process, in contrast to other methods. 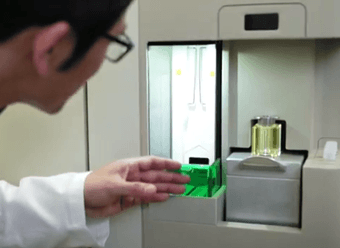 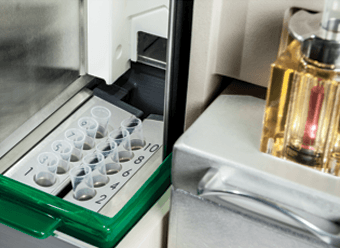 A simple benchtop cell sorter. The key to the S3 cell sorter lies in the simplicity of its design. This makes it cost effective for individual labs sorting up to four colors, while also beneficial to core labs in freeing up more expensive cell sorters for more highly multiplexed sorts.

“Ask a core lab manager or technician what they would change about the cell sorting process, and they’d probably tell you, ‘I’d love to not have to sit there the whole time and adjust drop delay,’” says Kulisch. “That’s probably one of the main pain points that caused us to go back and think, ‘how can we do this from the ground up? What happens if we rethink this, from the fluidics to the optics?’ The automated drop delay was probably the biggest single innovation to come from that design process.”

Returning to the subject of those crowded flow cytometry core labs, Kulisch emphasizes that the S3 cell sorter isn’t meant to replace these facilities, but to complement them.

“From a core lab manager’s perspective, it’s the new business from non-immunology fields that’s driving long wait lists and increased client lists,” he elaborates. “When we talk to them, they say 50 to 70 percent of their clients are doing four-color sorts or less, and sometimes up to 50 percent just want to do single-color GFP sorts.”

Having a simplified, easy-to-use cell sorter for such applications frees up the more complex systems, such as those made by BD or Coulter, for jobs requiring many fluorescent tags, such as the highly multiplexed sorts that immunologists are more likely to request.

“If you reduce the waitlists, you make things more easily accessible, that ultimately helps the entire research community at a given institute,” Kulisch says. “That makes it much easier for researchers to plan their experiments. The cost to do a cell sort drops a lot too, and that opens up access to sorting for even more researchers.”

Kulisch cites a core lab manager who installed an S3 cell sorter at a self-service station. Researchers could schedule their sorts and do a thirty-minute training if they were new to the instrument. The station allowed for cell sorting with minimal oversight, and allowed the more complex instruments to be used for more complex sorting applications.

Simplicity as a driver for discoveries

While achieving smoother workflows and better use of resources is no small matter for research institutions, Kulisch also emphasizes that lowering the barriers to entry for cell sorting also creates exciting new scientific possibilities. Being able to sort samples for markers associated with a genotype of interest would allow for more accurate, more detailed quantitative PCR data, for example. Beyond improvements to existing procedures, Kulisch can also imagine applications that haven’t been tried before, such as new ways to use the S3 cell sorter in tandem with Bio-Rad’s QX200™ Droplet Digital™ PCR system.

Kulisch is also excited about the growing cell sorting community, and the many applications they might create. He likens them to the army of app developers that has emerged as smartphones and tablets provide more intuitive, open platforms, and he casts the S3 cell sorter in a role similar to those devices, as driving innovation in biology through its simplicity.

“As people gain more access to a technology like this, the more they can ask the question, ‘will cell sorting make a difference?’ in a given experiment,” Kulisch says. “And maybe asking that question will lead to the discovery of a genetic process, or finding one cell population to be more affected by a treatment than another. That could have a big impact in understanding a disease state better. Those are the types of discoveries that we want to enable researchers to make.”