It’s no surprise that Droplet Digital PCR (ddPCR) has found its place in the world of cancer research. Bio-Rad’s ddPCR™ technology (described in detail in the Applications & Technologies section of Bio-Rad.com) has a remarkable ability to quantify miniscule amounts of target DNA and RNA, and thus can contribute to early detection of rare tumorigenic mutations against a high background of “normal” DNA as well as to other applications, including identifying cancer subtypes, optimizing drug treatment plans, and studying tumor evolution. At the Fred Hutchinson Cancer Research Center in Seattle, scientists are producing some of the most important advances in prevention, early detection and treatment of cancer and other diseases. They are studying the disease process from every angle seeking to uncover factors that influence a person’s likelihood of getting cancer. Understanding of such factors, of course, can help reduce risk and save lives. To learn more about how Droplet Digital PCR is being wielded to fight against cancer, we caught up with two researchers – Muneesh Tewari and Jason Bielas— who are using Bio-Rad’s QX100™ Droplet Digital™ PCR system in their quest to break through the current limits of nucleic acid detection and quantification.

MicroRNAs (miRNAs) are small regulatory RNA molecules that have diverse cellular functions. Researchers are actively studying them as blood-based biomarkers for cancer and other diseases. But unfortunately, they can’t reliably measure these molecules in serum or plasma with confidence using traditional technologies.

The concept of digital PCR has been around for more than a decade, but until recently – due to high costs, limited throughput, and complicated workflows – the technology was not regularly used in molecular biology or clinical labs. Case in point: Dr. Muneesh Tewari, an associate member in the Human Biology Division at the Fred Hutchinson Cancer Research Center, had been using quantitative real-time PCR (qPCR) for the analytical measurement of miRNAs in serum and plasma but needed a more dependable approach, one with less variability than he saw with qPCR. That’s when ddPCR came into the picture.

“We chose to use Bio-Rad’s QX100 ddPCR system because it was the first system on the market that could make digital PCR practical from a cost and throughput standpoint for routine use in the lab,” Dr. Tewari said.

In a study reported in Nature Methods, Dr. Tewari performed a side-by-side test of qPCR and ddPCR. He and his team assessed the robustness of the two techniques on cDNA from a dilution series of six different synthetic miRNAs in both water and plasma on three separate days. When compared to qPCR, ddPCR demonstrated greater precision (48 to 72 percent lower coefficients of variation) with respect to qPCR-specific variation.

The team then compared the two methods in detecting miRNAs in serum – specifically, miR-141, a biomarker for advanced prostate cancer. Here, they took sera samples from 20 patients with advanced prostate cancer and 20 age-matched male controls and analyzed the samples using both qPCR and ddPCR. Tewari found that ddPCR offered a sevenfold improvement in day-to-day reproducibility with respect to qPCR, and was also able to distinguish between case and control specimens with much higher accuracy.

“Droplet Digital PCR makes our work more practical,” Dr. Tewari said. “The precision and reproducibility of ddPCR will pave the way for further development of miRNA and other nucleic acids as circulating biomarkers.”

Researchers at the Fred Hutchinson Cancer Research Center have also used the QX100 ddPCR system to develop their ddPCR-based “QuanTILfy” assay, which quantifies tumor attacking immune cells in certain cancer types. Tumor-infiltrating T-lymphocytes – or TILs – are a special class of tumor-attacking immune cells known to improve cancer survival. An increase in TILs is a sign of the body’s immune response to the cancer. Clinicians can thus use TIL count to predict survival outcome and to determine which patients may benefit from targeted immunotherapies. However, while the presence and quantity of TILs found within a tumor strongly correlate with increased patient survival, current tests are semi-quantitative at best, and therefore lack the precision necessary for clinical application.

Dr. Jason Bielas, Associate Member of the Public Health Sciences and Human Biology Divisions at the Fred Hutchinson Cancer Research Center, worked with his team to measure TILs in a variety of cancer types, including ovarian cancer, using the ddPCR-based QuanTILfy assay. The results of their research, which was recently published in Science Translational Medicine, demonstrate an association between higher TIL counts and improved survival among women with ovarian cancer — suggesting that the immune response against ovarian cancer can be looked at as a meaningful prognostic indicator.

According to Dr. Bielas, TILs have a genomic signature that can be digitally exploited. This signature, which exhibits a vast amount of diversity, determines the genetic identity, or clonality, of the T-cell receptors (TCR) expressed on the surface of each TIL. With the advent of digital PCR — and the generation of tens of thousands of data points produced by ddPCR — it is now possible to quantify these signatures, enabling the determination of the number of TILs.

“There’s no way you could do this with any method other than Droplet Digital PCR because of the numerous primer pairs and probes that we have (45 forward primers, 13 reverse primers, and 30 probes),” said Dr. Bielas. “Droplet Digital PCR partitions all the reactions so you can amplify these targets independently of PCR efficiency without any competing side reactions.” 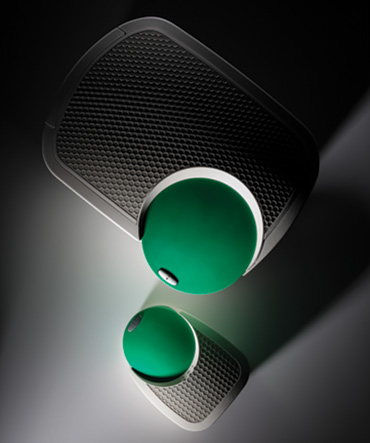 Bielas and his team of researchers used QuanTILfy to count TILs, determine their frequency, and develop a grouping system to classify “clonality,” which might be a marker of druggable targets.

They performed the QuanTILfy assay on primary tumors from 30 ovarian carcinoma patients with known survival outcomes, ranging from 1 to 122 months. TIL frequency was approximately threefold higher in patients with a survival rate of more than five years compared with patients with survival rates of less than two years. These results show that higher TIL levels correlate positively with patient survival, consistent with the hypothesis that TILs play an active role in suppressing tumor formation.

The researchers also demonstrated that QuanTILfy can be used to accurately and reproducibly characterize T-cell clonality in patients with T-cell acute lymphoblastic leukemia. In each case, they saw a single QuanTILfy assay subgroup increase, indicative of clonal expansion. This finding was confirmed by deep sequencing.

The QuanTILfy assay proved to be both sensitive and accurate. In a mixture of human T-cells purified from blood and normal human lung fibroblasts, the assay demonstrated the ability to detect a single TCR rearrangement among 10,000 tumor cells. Importantly, it also demonstrated the ability of ddPCR technology to quantify a large number of markers simultaneously in a single reaction through multiplexing.

The upshot of all this is significant. “Now that we have the sensitivity and ability to reproducibly count TILs in tumors, “ said Dr. Bielas. “We may be able to stratify and more effectively treat patients based on tumor TIL count, especially with immunotherapeutics coming to market.”