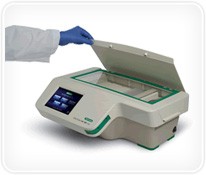 2-D electrophoresis is a multistep technique that separates proteins first by a protein’s isoelectric point and then by its molecular weight. This powerful technique can separate thousands of proteins in a complex proteome and is useful for applications such as protein profiling and biomarker discovery. The drawback of the technique is that it requires multiple steps, each of which can be time-consuming and can contribute to problems with reproducibility.

The isoelectric focusing (IEF) step is lengthy process and requires optimization for the best results. Often, researchers forgo the optimization process in order to save time. With a traditional IEF cell, the optimization process is very time-consuming because each condition change requires a separate run to ensure reproducible results. Running different samples or pH gradients in the same cell means that the current running through any given strip depends not only on the voltage applied, but on the resistance of the IPG strip. If the strips or the samples applied to the strips vary in their conductivity, each strip will experience a different current.

The new PROTEAN i12 IEF system addresses these limitations with individual lane control. Each of the 12 lanes has a separate power supply so that different samples, pH gradients, and focusing conditions can be run at the same time, thus speeding up the optimization process. Because the power supplies are separate, a precise current limit can be set for each lane, preventing the problem of samples with different conductivities from affecting each other (Figure 1). 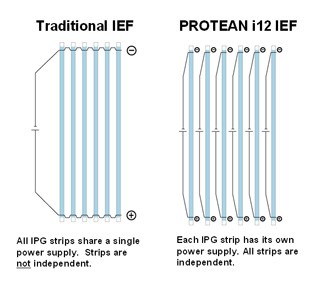 Fig.1. Diagram illustrating the difference between traditional IEF systems and the new PROTEAN i12 IEF system.
The equation V = IR explains how at a set voltage, resistance differences result in current differences.

To highlight the benefits of the PROTEAN i12 IEF system, data showing extended separation on multiple pH range IPG strips was generated in a single IEF run. Four different pH gradients and protocols were run simultaneously in triplicate to compare the separation capacity of the broad range pH 3–10 IPG strip with the combination of the narrow range pH 3–6, pH 5–8, and pH 7–10 IPG strips (Figure 2).

The red circles highlight the increased resolution that is attainable with narrow range strips. Broad range separation can, therefore, be achieved with higher resolution on midi format gels without the need for multiple runs. The box diagrams display the number of spots found in all three replicates of each pH range, showing that a high level of reproducibility was realized among the gels. 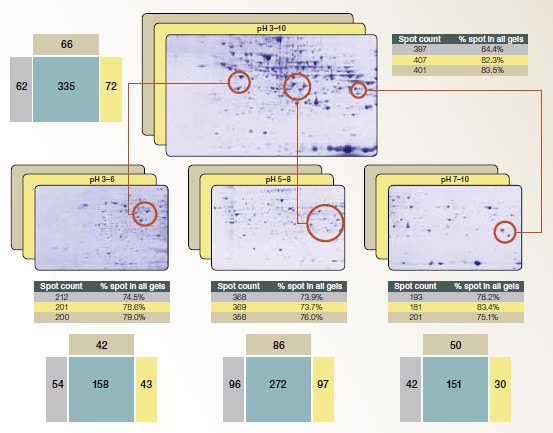 Fig. 2. Reproducible and extended separation of proteins using the PROTEAN i12 IEF cell. A mouse liver sample was extracted in a urea-thiourea-CHAPS solution. The extract was run in a single PROTEAN i12 IEF cell run on twelve 11 cm ReadyStrip™ IPG strips simultaneously at each of the following pH ranges: 3–10, 3–6, 5–8, and 7–10. Each pH gradient was run in triplicate. The second dimension for each IPG strip was run in 8–16% gradient Criterion™ precast gels that were stained with Bio-Safe™ Coomassie stain. The above figure shows a representative gel image for each pH range along with the spot counts for each replicate. The box diagrams show the number of spots found in all three replicates. 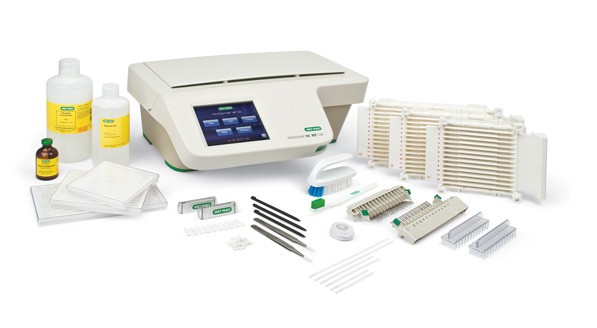