Cholesterol is a waxy fat produced in the human body that is associated with both low-density lipoproteins (LDLs) and high-density lipoproteins (HDLs). Due to genetic predisposition and lifestyle factors such as diet and exercise habits, LDL-associated cholesterol (LDL-C), the “bad” form of cholesterol, can accumulate on arterial walls and harden to form a plaque, causing a narrowing and loss of elasticity in these blood vessels. This process, known as atherosclerosis, or hardening of the arteries (Figure 1), increases the risk of cardiovascular diseases like heart attack and stroke.

Dr Frederick Bauzon, a postdoctoral researcher in Dr Ronald Krauss’s lab at the Children’s Hospital Oakland Research Institute (CHORI), is investigating the role of a candidate gene associated with HMGCR transcript levels discovered in a linkage study. The gene expression levels are “reduced” using a small interfering RNA (siRNA) and the effects on expression of the low-density lipoprotein receptor protein (LDLR) are examined. The established mechanism is that reducing LDLR expression decreases the amount of available receptor protein, which normally binds LDLs circulating in the bloodstream and transports them back inside the cell. The pathway was discovered ~20 years ago and has been of interest in drug target development due to its regulating role (Figure 2).

“We are trying to show how this target gene regulates LDLR. Does it regulate the protein directly, or is LDLR regulated at the mRNA level? We investigate mRNA levels through qPCR, but ultimately, we want to demonstrate that [the level of] the gene is also reduced using SDS-PAGE and western blotting,” says Bauzon. “Stain-free gels save us considerable time in that portion of our research.” 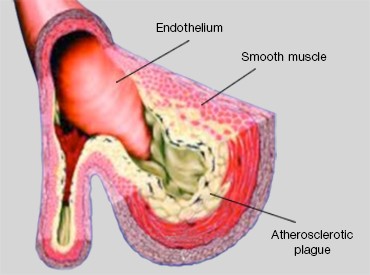 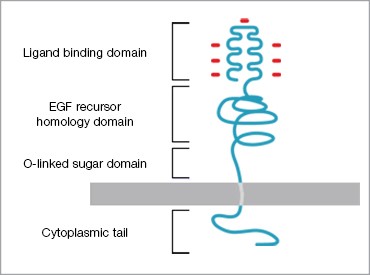 “Back in grad school, I would hand cast everything but gradient gels,” says Bauzon. “It took 2 hours to run a single gel. Using the Bio-Rad gel system I can run gels in a half hour, and this means getting more research done.”

Bauzon noted that with a limited number of power supplies, gel boxes, and other equipment, as well as a premium on bench space in the lab, it’s most efficient to run multiple gels in one tank using the same buffer. The Krauss lab uses the 12% Mini-PROTEAN® TGX Stain-Free™ precast gels to run the LDL proteins (~115–120 kD). The western blots are subsequently developed using chemiluminescence to visualize the proteins.

When he started his postdoctoral research at CHORI, Bauzon worked with the bioinformatics specialists in the lab and functionalized suitable genes based on their expression levels with HMGCR transcript levels. He then ran experiments in triplicate (without quantitation) for roughly one year to demonstrate a clear reduction in LDLR upon knockdown of the candidate gene. All the experiments demonstrated a reduction in LDLR and the protein levels after the gene was silenced. Bauzon is currently designing experiments to overexpress the gene with the expectation of observing increased LDLR levels on the cell surface.

“The use of gels is obviously just one component of our research, but little things like having premarked lanes and not having to use a Sharpie to demarcate lanes that can smear off makes a difference,” says Bauzon. “A lab will always work with what is easiest and most comfortable to use.”

The overall objective in the Krauss lab is to identify mutations involved in cholesterol homeostasis, specifically through two research projects: 1) investigating the genetic and metabolic determinants of atherogenic dyslipidemia — high triglyceride, low HDL, and increased LDL levels — associated with obesity and insulin resistance in humans; and 2) identifying genetic influences in response to dietary and drug treatment of atherogenic dyslipidemia. Bauzon hopes that his research will ultimately support this mission by providing future drug targets for the therapeutic control of LDL uptake.

“Mechanistically, we’re still trying to figure out what’s going on. Is it the binding action of our target gene that functions in LDL regulation, or is it through the known function of the target gene? We have a ways to go before moving into mouse models,” says Bauzon, “but it’s exciting, as this is the first gene to get this far with direct effects demonstrated on the LDLR receptor.”