Say Hello to Your Littlest Friends — the Microbiota

You are a universe. You contain multitudes. Inside you, all over you exist swarming, blooming, mostly harmonious bacteria, fungi, and viruses. We call them microbiota and they compose the microbiome. Hardworking microbiologists have at last painted a mind-blowing portrait of these, our personal ecosystems. Turns out, our residential bugs are role players in just about everything. Entities typically associated with infections and epidemics function around the clock to keep us in equilibrium. What we feed them directly affects our immune systems, mental balances, and perhaps even the metabolic health of our grandchildren.

The human microbiome is en vogue today. Several hundred papers have been dedicated to exploring the effects and consequences of microbiota. And that’s if we count only what’s been published since January 2018 by Nature. The number will likely grow.

One of the more popular tools for studying the microbiome is the growing world of bioinformatics — collecting and analyzing large amounts of biological data for the purpose of drawing accurate conclusions about the human condition. Bioinformatics is the ultimate mash-up between biology and data science and it has become entirely necessary because our biology is chock full of an overwhelming amount of information about our health.

That leads us to Dr. Allyson Byrd. As a member of the bioinformatics team at Genentech, Dr. Byrd builds computational pipelines to better analyze microbiome data. These data are composed of huge sequencing reads in which the identities of bacteria, fungi, and viruses hide. But, if we can’t parse that information, it’s not worth much. So, people like Dr. Byrd exist to make sense of the chaos.

And she was kind enough to stop by and chat with Dr. Laura Moriarty on the Brilliant Science podcast (linked at the end). 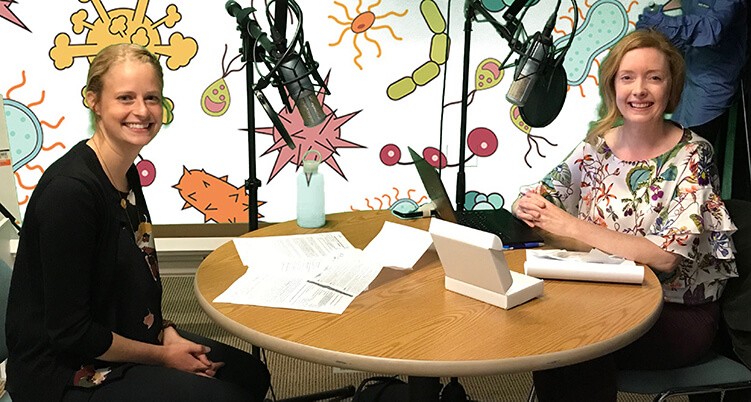 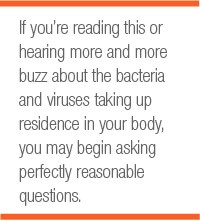 As Dr. Byrd explained to Dr. Moriarty, microbiota are largely concentrated in the gut, hence their deep connection to the human diet. They spin the fiber we ingest into byproducts, which then go on to perform functions throughout the body. But, Dr. Byrd notes that “they also break down the drugs we take.” When we swallow a pill, there’s actually a step between the component medicine existing in your body and that medicine doing its job. And that step is reached by microbiota cleaving various chemical parts of the drug, releasing the activated form.

Understanding how the microbiome and medicine affect each other has garnered recent attention. Breaking with long-standing notions of when and how antibiotics ought to be prescribed, the medical community now better understands that antibiotics can have negative side effects on native microbiota. Ironically, for all the diseases antibiotics eradicate, they can also damage long-term immunity.

If you’re reading this or hearing more and more buzz about the bacteria and viruses taking up residence in your body, you may begin asking perfectly reasonable questions: “Well, which ones? Are they good? Do I walk around covered in E. coli ?” According to Dr. Byrd, the answer isn’t clear-cut.

Good and bad is hard to kind of…it’s a very grey area and context dependent. So…a third of us have [Staph] in our nose. And when you’re happy and healthy, there’s no problem. But, if you’re immune compromised for some reason or about to go into surgery, that Staph could potentially cause problems.

In a broad sense, the hope of industrial players like Genentech is to “unlock a whole new set of variables to explain why some patients respond to medications and others don’t.” In pursuit of that goal, Genentech is partnering with British company Microbiotica to explore whether or not irritable bowel disease (IBD) biomarkers in fecal samples could separate drug-responsive patients from non–drug-responsive patients. IBD is notoriously difficult for patients to live with and for doctors to diagnose and treat. Now, IBD just might become less burdensome thanks to the wealth of information our bodies readily produce. 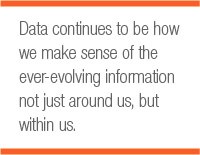 Which brings us back to data. Like snowflakes and fingerprints our respective microbiota are likely to be unique, as well. Under such conditions, bioinformaticians like Dr. Byrd evaluate unimaginable amounts of data in order to reach not only widely applicable conclusions, but specific individual ones too.

That’s probably why Dr. Byrd’s advice to her younger self would be to have a willingness to learn more statistics (listen up, students). And she makes an excellent point. Quite a bit of modern medicine is increasingly dependent on data and lots of it. Data continues to be how we make sense of the ever-evolving information not just around us, but within us.

Of course, if you’re not in a position to enroll in Stats 101, Dr. Byrd reminds us that the hygiene hypothesis — the idea that a lack of childhood exposure to bacteria and allergens weakens the development of the immune system — is supported by what we now know about the microbiome. So, feel free to eat more vegetables and play in the dirt (and let your kids get dirty, too).

R-Loops and Their Key Role in Cancer Research