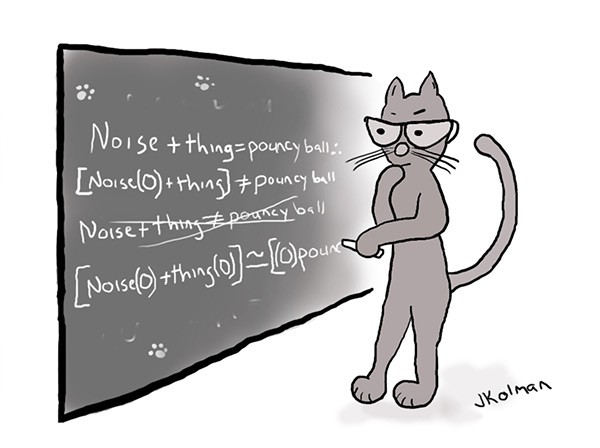 People who live with cats attribute a lot of calculating behaviors to them. If this includes thinking your cat has a fundamental grasp of cause and effect, then you’re backed up by recent research by Saho Takagi and colleagues at Kyoto University.

Cats have keen hearing, with ears that swivel to locate sound sources, and Takagi’s previous research showed that cats can locate objects by sound alone. The current study asked whether cats could infer the existence of an object inside a container by hearing the object rattling when the container was shaken.

Thirty cats of varying ages were presented with four scenarios, two that correctly represented cause and effect — sound of rattling followed by objects spilling out and no sound followed by no objects — and their two logically incongruent counterparts. The cats’ reactions were evaluated using video editing software that precisely measured, in frames, the time the cats spent looking at the container after each scenario was performed. Cats looked longest at the container when a sound was followed by no objects, possibly signifying perplexity or curiosity when their expectations were not met.

If this is the reason cats gazed longer, it indicates they understand that an object rattling in a container causes sound, rather than treating the container as a sound-producing object itself. Critics may question whether time spent gazing indicates much about a cat’s interior experience, but studies into human infant cognition have used the same measure. Still, the famously enigmatic feline presents its own challenges to researchers. Of the cats originally recruited for this study, 10 refused to participate — five out of fear and five out of complete lack of interest.