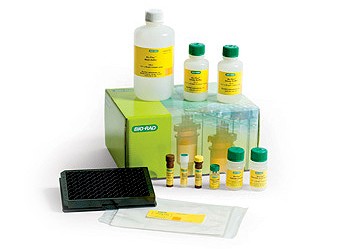 One of the body’s first detection mechanisms when encountering a pathogen or immunization is the innate immune system. Once activated, the innate branch of the immune system communicates through cytokines and chemokines as well as cell surface–bound molecules. This communication triggers an adaptive immune response leading to the generation of specific antibodies and cytotoxic cells targeting the particular etiological agent. Ideally, this response also leads to the production of memory cells that are able to rapidly respond to future infections. Depending on the type of pathogen, different pathways can be activated to generate this specific and long-lasting immunity. Viral and intracellular bacterial antigens can be presented via MHC 1 on the surface of infected cells to CD8 cytotoxic T cells, whereas extracellular bacterial or parasitic antigens will be bound by MHC II and presented to CD4 helper T cells. The former will trigger a cell-mediated immune response while the latter leads to an antibody-mediated immune response (Clem 2011).

The long-lasting success of vaccines hinges on the ability of the innate immune system to effectively stimulate an adaptive immune response. Understanding the concentrations and ratios of important cytokines during a course of vaccination and in an individual, for example, is critical when evaluating overall vaccine performance and efficacy.

Surendran et al. (2016) describe a population of approximately 10% of infants that display a sub-optimal innate response to routine pediatric vaccines, termed low vaccine responders (LVRs). Peripheral blood mononuclear cells (PBMCs) were collected from LVRs as well as infants with normal vaccine responses and were subjected to in vitro stimulation with anti-viral compound R848. Both sample types were interrogated using a subset of the Bio-Plex Pro™ Human Cytokine 27-Plex Assay. The LVR group showed higher baseline levels of RANTES and higher levels post-stimulation than normal responders. RANTES expression can be induced by respiratory infections. In addition, the stimulated LVR PBMCs secreted significantly less IL-12p70 than normal responders as well as lower levels of pro-inflammatory IL-1β, suggesting an overall poorer capacity to respond to viral and bacterial infections.

Understanding the diversity of immune responses is critically important to vaccine efficacy. Variations in patient populations should be taken into consideration not only during vaccine development but also when structuring clinical trials and during post-market surveillance and reporting.

Multiplex immunoassay technology is a powerful tool that can help researchers and vaccine developers evaluate immune responses to vaccinations as well as long-term vaccine efficacy by allowing the simple and rapid measurement of many targets from a single sample.

First posted on info.luminexcorp.com/xmap-insights-newsletter-2017-q1 in March 2017.